Check out the media coverage about All Aboard Florida

Click here for information on how to contact your elected officials to voice your concerns. Together we can make a difference.

What is CARE FL?

CARE FL is a coalition created by a group of concerned community leaders, organizations and neighbors in South Florida and the Treasure Coast. Our group continues to grow. We share a common goal: Protecting the safety, welfare and way of life for the families, businesses and retirees who live in and around our communities.

Because we believe, based on facts and a commonsense understanding of the reality of life with trains – and waterways, causeways, draw bridges and other infrastructures that define day-to-day life in South Florida — that continued rail expansion will have a significant and negative impact on our communities. When we refer to “our communities” we mean that expansively – more than 10 million people live in and around the areas currently targeted for rail expansion.

Safety is one of our top concerns. So is quality of life. These aren’t issues specific to CARE; they’re what every Floridian has a right to expect.

After a lot of discussion and debate, we decided to speak up. In doing so we are also standing up for what we believe – as parents and as grandparents, as homeowners and renters; as people who are retired, as folks who still punch a clock every day; as longtime supporters of, and believers in, our great state of Florida.

We CARE. That’s the bottom line.

We also care about transparency. In that spirit we have asked Gov. Scott and our other elected leaders for an open, honest discussion of the costs, benefits and risks of rail expansion – passenger as well as freight trains. We also look to and will hold our elected leaders accountable to engage in a direct and frank dialog about the financial implications of rail expansion for communities as well as municipalities. We have other questions we’d like to pose to the state’s leadership — around safety, environmental and waterway impact and more — and you’ll be hearing more about that from us in the coming weeks.

Honesty. Transparency. Community. With a focus on Florida, and the people who live here. That’s who we are; that’s what we stand for. 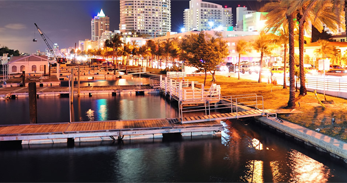